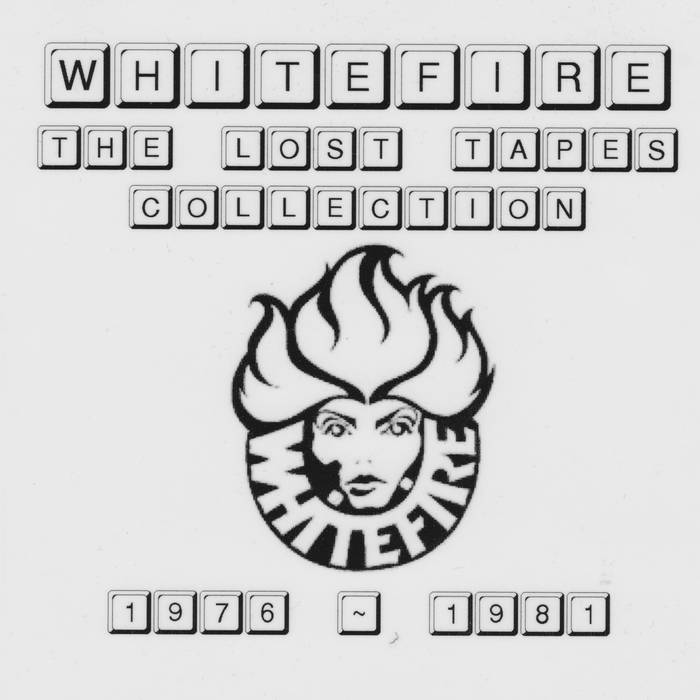 "British Rock Band whitefire toured extensively from 1976 to 1981. Within 75 minutes of their arrival, sound, lighting and special effects were rigged, powered and synchronized for capacity audiences. Each performance began in total darkness with an immense thunder crash surging from mighty bass bins. WHITEFIRE's famous heartbeat continues to pound until an A Major power cord triggered the lighting rig and an evening of high energy rock music.

More than 25 years after it's 1978 release, the 7" vinyl EP is changing hands via the internet for 50 to 85 times its original retail price.

The words to 'Parades The Glory' were written by the amazing Herc (Hercules) one of the bands lighting engineers. He earned his nickname the day he survived a head on collision which thrust him clean through the windscreen.

Mastertapes for this CD were stolen from a parked vehicle in 1981 and considered lost forever. In June 2000, they were discovered damp, dusty & neglected in a radio repair shop 400 miles away. Each track was restored digitally by the bands synth player & producer Stuart Hulme-Sheffield of Meerkat International Music Productions (Philadelphia Inc.

The relive the WHITEFIRE experience, place the disc in a high quality CD player. Connect reference quality headphones (Grado SR80 or equivalent) and turn up the volume. Sound levels during WHITEFIRE's live performances measure 98 to 114 decibels (A weighting).

Dedicated to the memory of Joe Campbell, WHITEFIRE's Tour Manager."